The team at Cleburne County Animal Clinic is comprised of highly trained and experienced animal health professionals who have a genuine love for working with pets. Our staff treats every patient with the highest quality of medical care as well as a gentle touch. 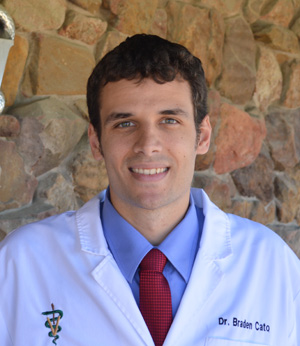 Dr. Cato’s love for animals and desire to care for them started at a young age as he is the 6th Veterinarian in his family. He graduated with his Bachelor’s Degree in Animal Science from Arkansas State University in May of 2009. From there he attended veterinary school at Mississippi State University. Dr. Cato graduated in May of 2013 with his Doctor of Veterinary Medicine degree. Post-graduation he accepted a job in Hot Springs, AR where he practiced for a year. Dr. Cato took over ownership of Cleburne County Animal Clinic in June of 2014. Dr. Cato is married to Brittney Cato and has a daughter born in April of 2013 named Kennedy Cato. He and his wife, along with daughter Kennedy share a love for animals as well. At home they have four dogs: A.J., Lady, Presley, and Charlie. In his spare time, Dr. Cato enjoys fishing and watching Razorback football.

Terisa graduated from Arkansas State University Bebee with an Associate’s degree in Veterinary Technology. In 2011 she passed her national boards to receive her C.V.T. Terisa was hired on to Cleburne County Animal Clinic after graduation and was named Arkansas Veterinary Technician of the year in 2014. Terisa’s affection for animals does not stop with work, however. She has a small farm at home consisting of dogs, chickens, turkeys, pigs, and goats. 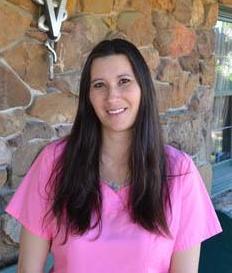 Heidi started working at Cleburne County Animal Clinic in 2008. She has five Gordon Setters. Heidi also has a schnauzer named Puddles. She loves out fishing her husband Jim. They have five kids and seven grandchildren. Heidi loves reading and watching movies. 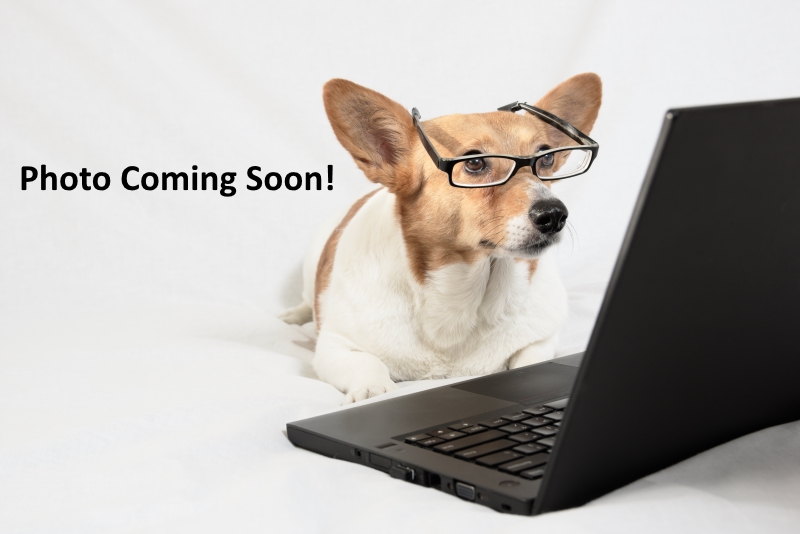 My name is Kimberly Phillips, I started working at Cleburne county Animal Clinic in the fall of 2016. I have a miniature dapple daschund named Gracie. I love all different kinds of animals, on my spare time I love to bowl, watch movies, and spend time with my family.

I started working at Cleburne County Animal Clinic in April 2015. I have recently just graduated from high school, here in Herber Springs. I will be attending college at ASU Beebe, to work towards my associate degree. As much as I enjoy working with the many animals at work; I also enjoy spending my spare time to read a good book and hanging around my family. 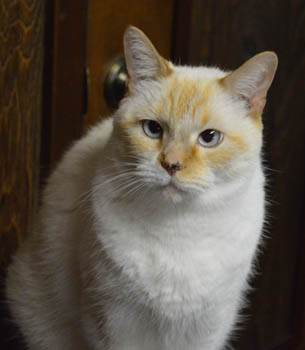 Kernel Popcorn welcomed the arrival of Dr. Cato to the clinic, however, A.J. was not welcomed with open paws. Although they were not fast friends in the beginning, he and A.J. have since became best buddies. He spends his days napping and harassing Heidi. He also assists with computer work by walking across the keyboard and sitting in front of the computer screen.

A.J. joined the Cato household in 2012. Dr. Cato first met A.J. at Mississippi State University where he was a shelter dog. He along with his wife Brittney decided to take A.J. in as part of their family. A.J. spends his days napping, stealing Dr. Cato’s lunch, and begging for treats. He has been known to assist Heidi with work up at the front desk in exchange for dog biscuits. A.J. enjoys rides in the truck, playing with his ball, and most of all belly rubs.